Microsoft is testing a new ‘Suggested Actions’ feature in Windows 11 Dev builds where the operating system suggests actions you can take with data you copy into the clipboard.

With Windows 11 build 25115, Microsoft introduced the new ‘Suggested Actions’ feature, which causes an action bar to appear when you copy phone numbers, dates, or times from applications.

For example, when you copy a number, Windows 11 will ask if you want to call that number using one of your installed click-to-dial supported programs.

If you copy a date, Windows 11 prompts you to create an event in associated programs like Outlook or Calendar.

Once you select the action, Windows 11 will open the app and automatically fill in the appropriate task with the copied data.

While the data types that work with this feature are currently limited, Microsoft could easily expand them based on feedback and popularity.

Microsoft is asking users to provide feedback on this feature in the Feedback Hub under Desktop Environment > Suggested actions on copy.

As this feature is in the Dev build, which Microsoft developers use to test new features, there is no guarantee it will ever make it into a public Windows 11 build.

Original Posts: Windows 11 to show suggested actions when copying data to the clipboard

Phishing websites now use chatbots to steal your credentials 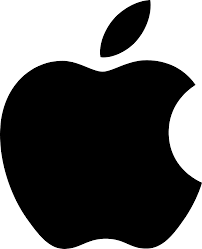